Selby College started the new year on a high with a prestigious awards ceremony acknowledging the success of its students.

Held on Wednesday 4th January, the College’s Student Awards Ceremony was attended by learners and their loved ones, College staff and Governors.

Group Executive Director for External Relations and Skills Development at the Heart of Yorkshire Education Group, Lorraine Cross, began by welcoming guests and congraulating the award winners for their achievements throughout their studies.

I’m delighted that we are able to recognise and celebrate the successes of our students in the presence of their loved ones, as well as the Curriculum Heads who encourage and support our students in fulfilling their full potential. We’re incredibly proud to see what our award winners have gone on to achieve using their qualifications, whether that be progressing on to a higher-level course with us, into employment or on to University.

Each of them took to the stage to announce the award winners and why they had been nominated, before the former students were presented with their accolades by Richard Stiff, Chair of the Local College Board for Selby College and Heart of Yorkshire Education Group Governor.

Acknowledging the accomplishments of the highest achieving and most improved students in Mathematics, a range of awards were sponsored and presented by the Heart of Yorkshire Education Group, including:

It was a really nice surprise to hear that I had won the award and I’m grateful to my former tutors for nominating me. What they taught me during my time at College stood me in good stead when starting my degree in Mathematics at the University of Sheffield in September 2022, ensuring that I had a great foundation of knowledge in Mathematics which I could build on.

I’m incredibly flattered and honoured to have won the award and to have my hard work acknowledged. I’m extremely grateful for all that the College has done for me, especially my tutors who have always been so supportive and encouraging. Alongside my studies, I’m currently helping out in the Army Reserves and hope to apply for selection this year.

The Corporation's Excellence in Engineering at Selby Award was also presented to Ashton Bramley, for the hard work and determination he has shown towards his Level 3 Engineering qualification. 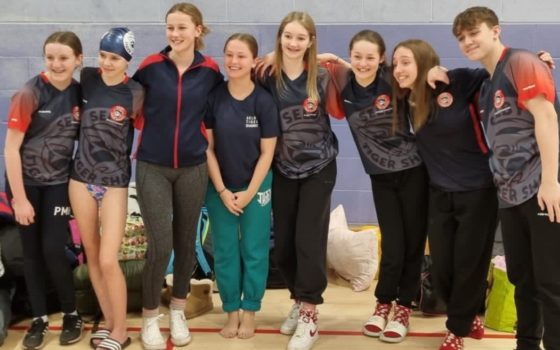